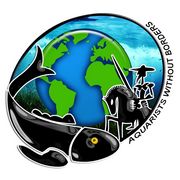 We invite all Aquarists to share their experience on Stiphodon

We invite all Aquarists to share their experience on Stiphodon 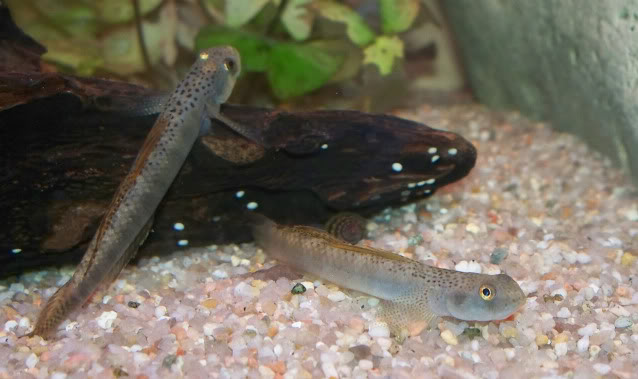 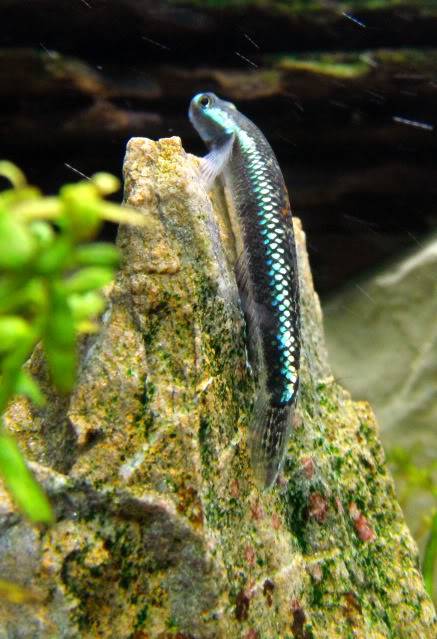 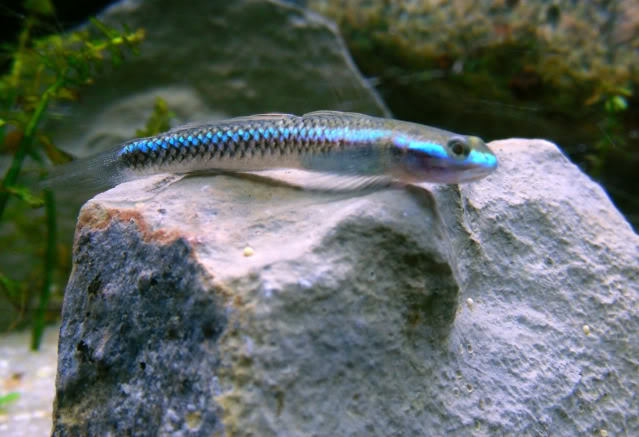 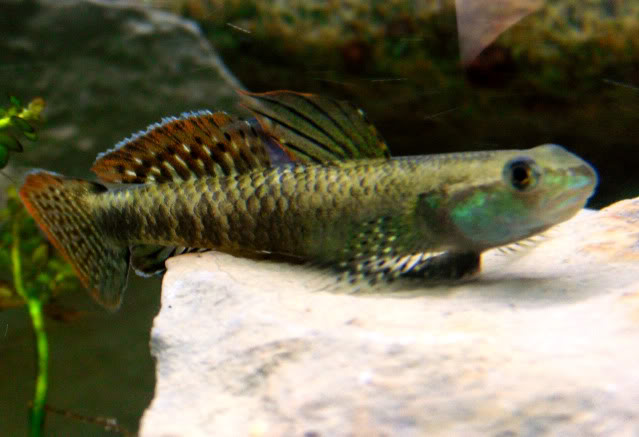 I create this topic for all aquarists the world share their experience on stiphodons.

Speak in your language or English we will translate.

My brief experiences with Stiphodon gobies

Hi,
I have been keeping Stiphodon gobies for just a short while, but I thought I would share my experiences here.
I have 1 "orange-fin" male, 4 ornatus males, and 3 ornatus females. One of the ornatus males is very dark with more blue on him, but I believe he is still in the ornatus group. 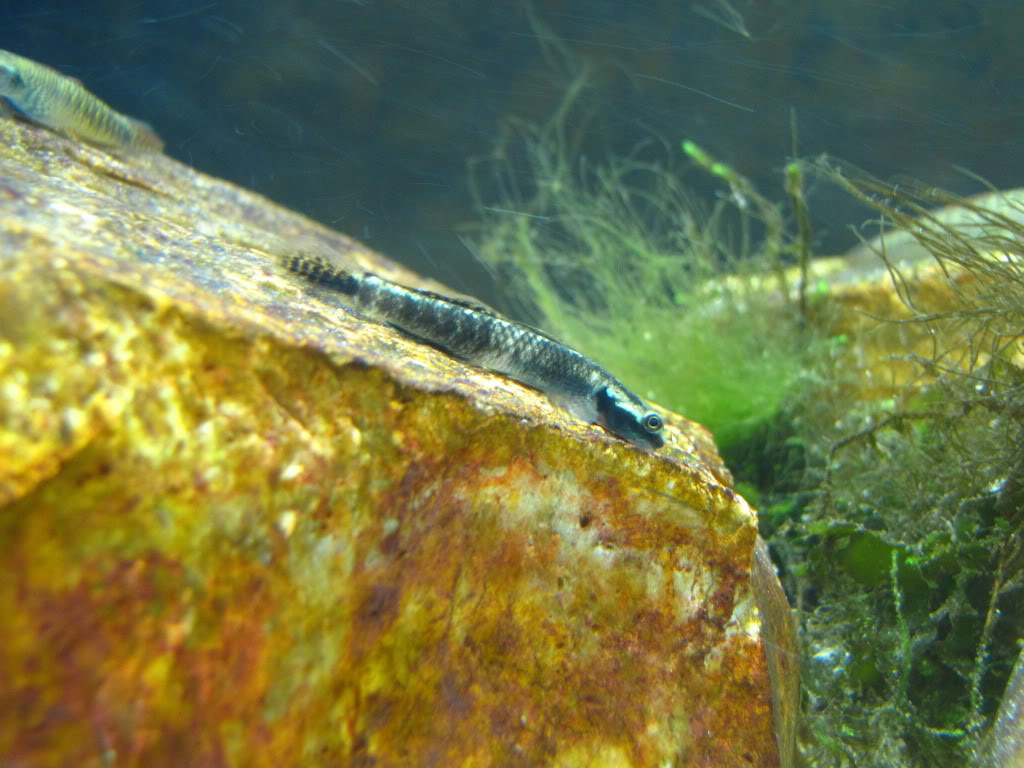 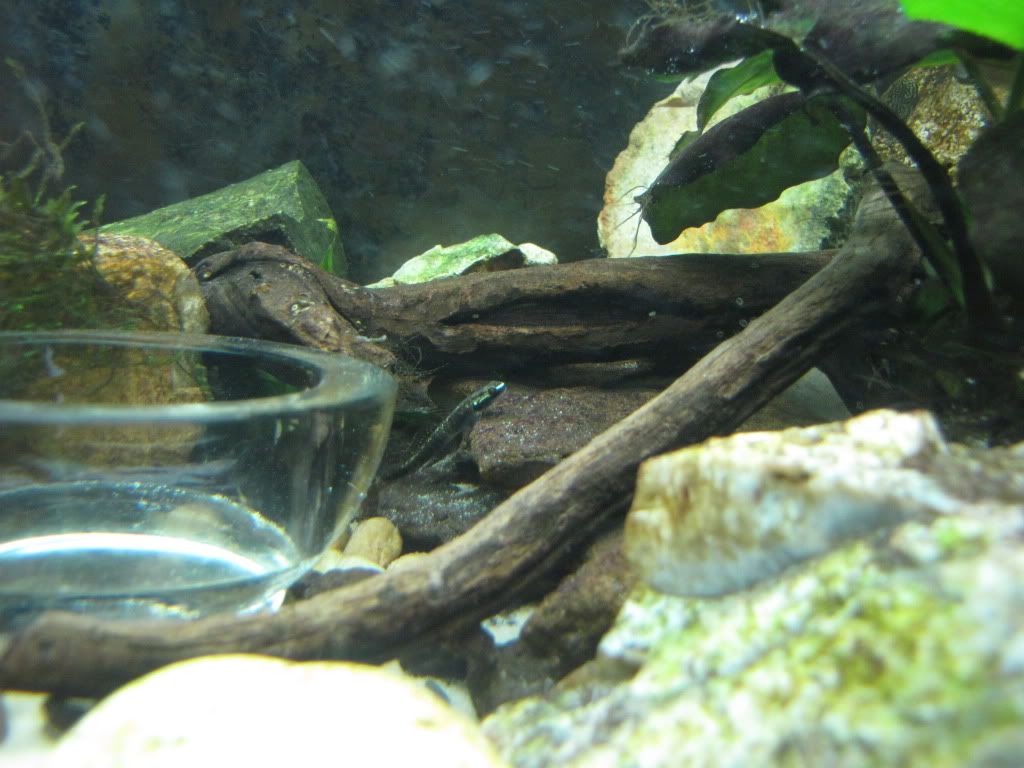 Here is one of my more typical ornatus: 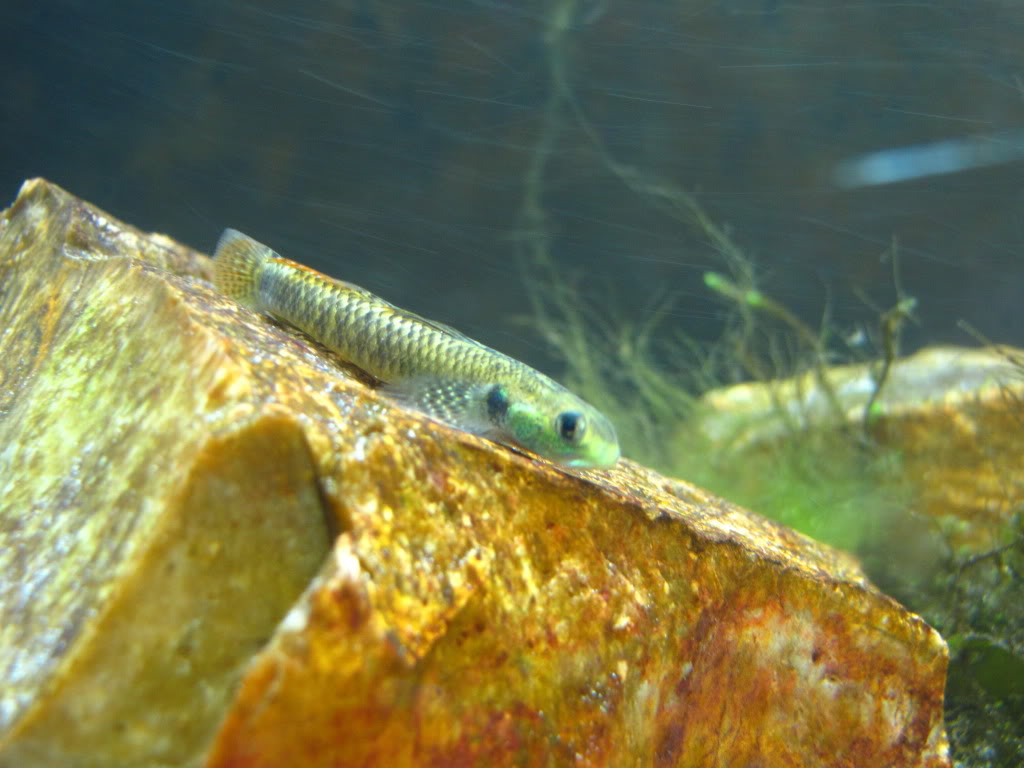 And here is the orange-fin:

I also have 5 Sewellia Lineolata loaches and a pair of rhinogobius rubromaculatus in the tank.

The tank is a 20 gallon "long" aquarium with an emperor 280 filter and 2 different powerheads, 1 of which has an air intake. I have 40 Watts of T12 lighting in the 6500K spectrum, and the tank gets some sunlight as well. My ph is slightly on the base side, a bit hard, and I keep the temperature at 24-25 degrees. The base is sand, and I have many different sized rocks, including several large ones.

Here is a picture of the tank a little while ago: 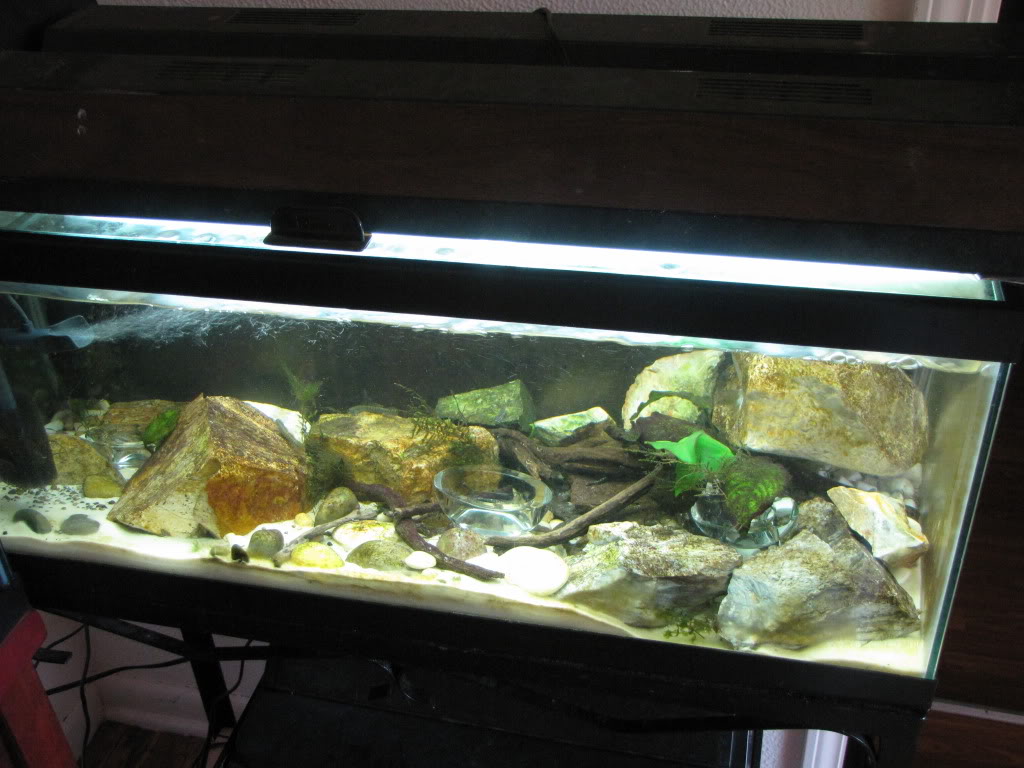 I did everything I could to encourage rich algae growth while performing a fishless cycle. I left the lights on all the time and dosed with terrestrial plant fertilizer which contained phosphates. I also seeded the tank with several algaes from my local pet shop, whose water I trust fully to be free of parasites.

Here is a recent picture that shows the types of algaes I have: 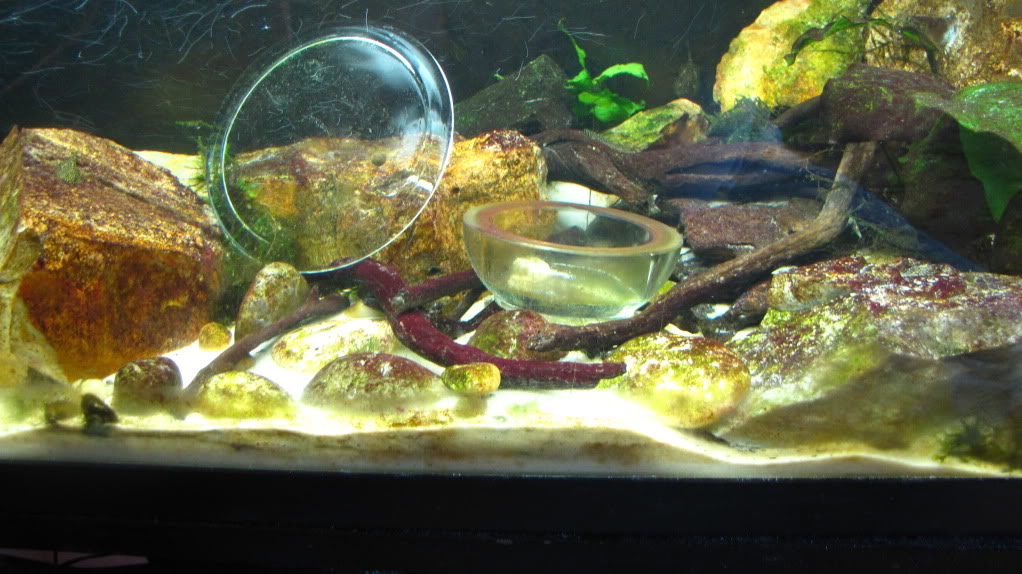 When I introduced the male ornatus, they ate very heavily as they were skinny when I got them. They quickly fattened up nicely and became fairly territorial. The orange-fin was the dominant fish in the tank, and he chased others away from his rock, or their own rocks when he wanted to go there. One of my ornatus was similar, though was sub-dominant to the orange-fin. The largest of the ornatus actually was not aggressive and was social with the two smaller ones. None of the aggression was bad; it was merely a bit territorial with no major injuries occurring.
When I added the 3 females, the rhinogobius, and the loaches a couple of weeks later, all territorialism disappeared. Now there will be a brief chase sometimes when one is eating right next to another, but it seems the stocking density increasing actually made the territorialism disappear, much like a mbuna cichlid tank (though never that vicious).

I really enjoy watching these fish. They are active, beautiful, and seem to have more personality than most aquarium-appropriate fish.

The only concern I had with them at the beginning was feeding them, but I have not had any problems. Through fertilization, waste produced by the fish, the wasting of worms and other meaty foods for the rhinogobius, and good luck, my algae actually seems to have increased despite the fishes' constant grazing. The ornatus will even eat bloodworms meant for the rhinogobius at times, and they all seem to enjoy omega one algae pellets. I also culture algae on small glass vessels in a vase by the window. They really enjoy when I put a new piece in. I think they are actually more excited by the slimy clear biofilm than the algae: 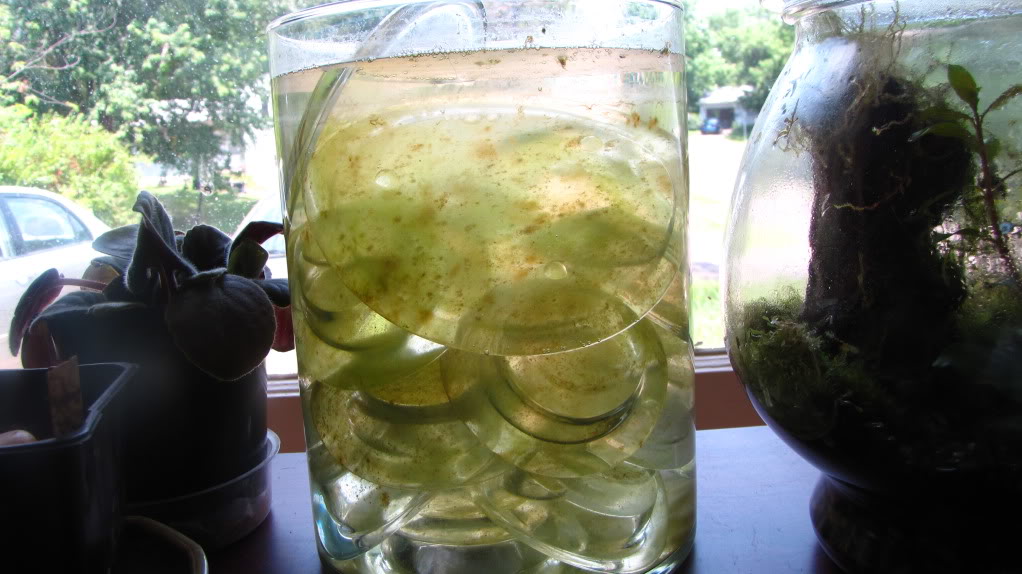 I also keep the water level a bit low so that there is a great place for algae to grow just above the water line, as I have seen videos of stiphodon grazing above it in Odysea's famous thread. 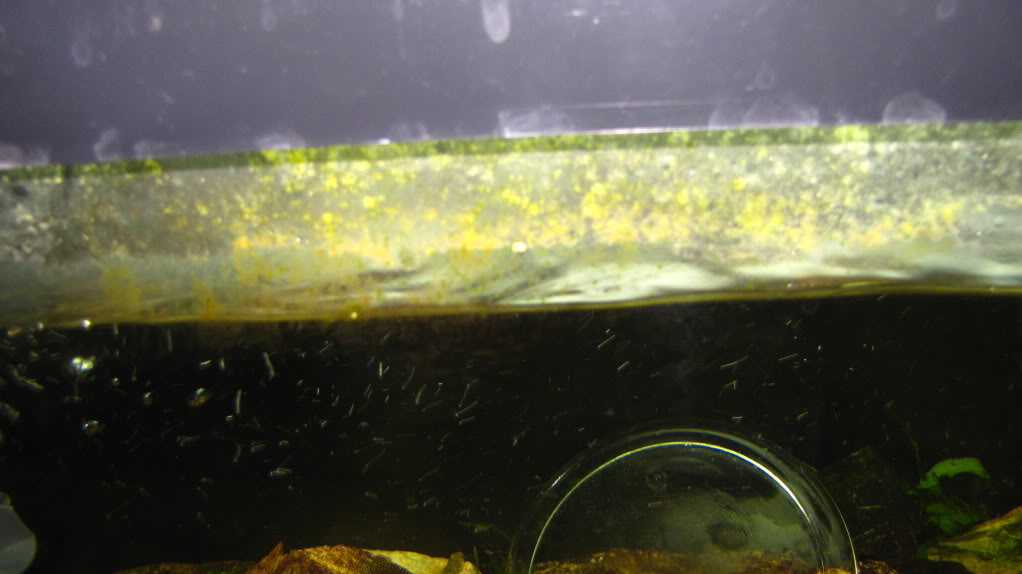 I keep the front pane clean, but I allow algae to grow on the other three sides of the tank. It grows especially well on the long-end facing the window.

The females have only recently gotten their weight up to normal roundness, so I am hoping I get some breeding activity, though of course I know I cannot raise the fry (the only drawback to these wonderful fish, in my opinion).

These are my experiences so far, though I've only had them for a brief time.

Here is a video of my set-up:

Oh, one other thing that may be of note. I had a hydra outbreak when I had the first 5 fish. I treated with a pinch of 22.2% powdered
Fenbendazole twice a day for two days. The hydra died and the fish did not seem to be affected in any way.

Please let me know if you have any questions about my tank, and I look forward to reading about yours.
Aaron

Thank you my friend, your experience is very interesting

here is the link of the topic or try to put some order until the researcher Mr keith philippe we have solutions.

here is my friend, you have the links on stiphodons, you can invite your friends.
All subjects are available to guests.

After if you want to register and discover the forum, you are welcome to the forum.

It's a great experience.

I think it's very important to have a long tank, with a lot of stream…